Re-writing Bible scriptures to create religion for the masses? 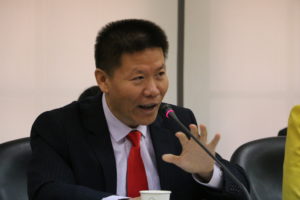 Rev. Bob Fu, a former Chinese house church leader who founded the persecution watchdog  China Aid,  has spoken to an American Congress House hearing about a plan by the Chinese government to ‘re-write the Bible’. Fu believes a retranslation and annotation of the Bible will aim to find ‘commonalities with socialism’ and establish a ‘correct understanding’ of the text.

Times are tough in China for the 60 million or so Christians worshipping there. The state-controlled ‘Three-Self Patriotic Movement’ (TSPM) is the only official church in China. Other Christian meetings, such as house churches, are banned.

If house church gatherings are discovered, their buildings are often demolished and pastors, together with their congregations, face arrest and potential imprisonment. Some have already been under house arrest for years without any sign of release. Many Christian human rights organisations see the threats against independent churches as on the increase. According to Fu, ‘China represents the highest degree of persecution for independent faith groups the country has seen in decades’.

To read the full story, click on the image, or this link: Guardian News Story 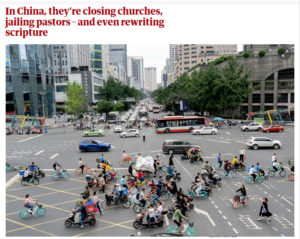