Remembering the past to avoid future horrors

In 2005 the UN designated the 27th of January each year to be an International Holocaust Remembrance Day[1] – also the anniversary of the liberation of the renowned Auschwitz-Birkenau camp in Poland at the end of World War 2 (WW2). Apart from commemorating the millions of Jews which were murdered, the victims of more recent genocides in Bosnia, Darfur, Cambodia and Rwanda, are also remembered[2]. Will humanity ever learn the lessons from the past?

An incomprehensible part of anti-Semitism is holocaust-denial. In order to combat such an unfathomable belief, dedicated organisations and agreements have been set up around the world.

Education is one of the best ways to combat intolerance. And one UK charity is doing this in a very powerful way. Established in 1988, the Holocaust Educational Trust (HET)[3] aims to educate young people from all backgrounds about the Holocaust, and to motivate future generations to speak out against intolerance. And since 1991, the Holocaust is part of the National Curriculum for history in England, and widely taught in the rest of the UK, too, according to HET. Over 100,000 people and 70,000 schools take part in the charity’s ‘Outreach’ programme every year, in which holocaust survivors leave a very strong impact, through their live testimonies. 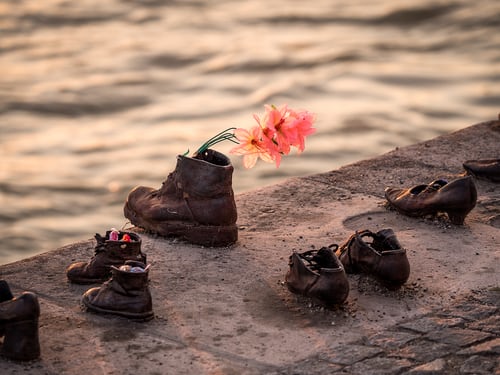 In response to a worrying trend of holocaust denial, the former Swedish Prime Minister Göran Persson, initiated the International Holocaust Remembrance Alliance (IHRA) in 1998[4]. Sweden was the home of Raoul Wallenberg, who is credited with saving thousands of Jews in Hungary towards the end of WW2, by giving them Swedish passports. This national hero was arrested by Soviet forces in January 1945, never to be seen again.[5]

The IHRA has 34 member countries (including the UK) with the aim of upholding the principles of its founding document – ‘The Stockholm Declaration’. Some of the main points set out in this declaration include:

Our cover story for the Spring/Summer 2018 issue of The Plain Truth – ‘A story of the Jews’ – featured anti-Semitism, which had been rearing its ugly head in UK politics, as well as increasing worldwide through the means of social media. The article ended with an ever-relevant admonition repeated also here:

‘And we would all do well to remember the past and not repeat the same horrors in our generation.’