Astrid’s article from the Summer 2019 issue of The Plain Truth was a timely feature for World Soil Day which took place on 5th December 2020. But the vital role that soil has to play in our survival on planet earth remains an issue we cannot ignore.

Soil matters: Why good stewardship is vital for our future.

Since the last issue of The Plain Truth, there has been some significant progress announced, as well as concerning reports published, relating to environmental issues. First, the UK Government made historic news by publicly proclaiming itself the pioneer in the world to declare a climate emergency.[i] Secondly, the UN’s Food and Agricultural Organisation has produced one of the most comprehensive reports ever written about biodiversity and ecosystems, showing a very worrying development[ii] indeed.

The plastic problem has not gone away, rather it has intensified with more of this debris turning up in the most unexpected places. Locations such as the deepest part of the oceans,[iii] and the most remote ‘paradise-like’ islands,[iv] where a staggering 414 million pieces of plastic have been washed ashore! It’s as if we have become a pest and a parasite on our own planet. The planet mankind was given to tend and look after.

Though we may be rushing towards our own destruction, in one way or another, there are many verses in the Bible, showing that our great living God has other plans for us. God says in Isaiah 45:18 that he created the earth to be inhabited, and in Matthew 5:5 that the meek will inherit the earth. And, just think on the wonderful and promising verses of Micah 4:3-4 about weapons being turned into ploughshares, and every man sitting under his own vine and fig tree in the future!

If left to itself and untended, much of Britain would be covered in forests. But, did you know that in a natural ecosystem such as this, actual productivity[v] is relatively low? Output is in fact only increased by the ‘tending and keeping’ as God instructed.[vi] This is done mainly through agriculture – the way in which we produce most of our food.

Plants and all living organisms need nutrients in order to grow. One of these is nitrogen. Just like water, nitrogen is a limited resource, but it is essential for manufacturing proteins among other things – and it travels around air, sea and land in a cycle – just like carbon! Nitrogen increases the rate of photosynthesis and improves crop productivity. And in fact, our atmosphere is made up of 78% nitrogen gas. But it’s not very easy for plants to take in nitrogen from the air, so most of it is absorbed through the soil via the plant root hairs, and then passed on to those who eat the plants – including us. [vii]

‘The nation that destroys its soil destroys itself’, said the US President Franklin D. Roosevelt (1882-1945). Is that partly because we are made of the soil?[viii] Soil consists of organic matter, air, water, minerals and organisms. Did you know that just one tablespoon of soil contains more organisms than the amount of people on earth? And that 95% of our food comes from the soil. Also it can take up to 1,000 years for just one centimetre of topsoil to form. More carbon is stored in the soil than in all the world’s forests.

But, here comes a frightening statistic: we are losing the equivalent of 30 football pitches of fertile soil every minute, mainly due to modern farming methods driven by market forces to produce cheap food. These methods work the land harder, allow fewer crop rotations and result in a loss of organic material which gives fertility to the soil.[ix]

In a natural ecosystem, such as a forest, the nutrients are naturally recycled close to source when the plants and consumers – normally animals and insects – die and decompose. But in agriculture, the nutrients are harvested with the crop, then carried away and eaten elsewhere. So, we have to replenish and give back to the soil what we take away, so that the next crop can grow. This is done using fertilisers.

There are two main groups of fertilisers7:

Now, both types of fertilisers can come with negative effects such as leaching, where for example nitrogen seeps through the soil and causes pollution in watercourses. Leaching can then lead to ‘eutrophication’. This is where too many nutrients – especially nitrogen – cause an overgrowth of plants, thus changing the eco-system in watercourses such as freshwater lakes, through a natural process of events. Green water is a sign of this, as is algae blooming. But, artificial fertilisers cause these things more often than natural fertilisers.

The type of fertiliser used will often depend on one of two somewhat conflicting interests: satisfying the consumer who wants cheap food, whilst keeping the farmers in business; or, conservation of our natural resources so that we can continue producing food in the future. It will be of no surprise to the reader that artificial fertilisers are cheaper and more effective in the short term, than natural organic ones.

In our shops and supermarkets, more and more different symbols are appearing on our food products, showing how these goods have been grown. The well-known ‘Fairtrade’ logo represents a fairer price for the farmer. Another very common symbol is that of the Soil Association which appears on over 70% of all organic products purchased in the UK. This symbol stands for fewer pesticides, no routine use of antibiotics, and high standards of animal welfare. It assures the buyer that the product is GM Free[xi] and also free of artificial colours and preservatives.

In 2016, Soil Association started a campaign whose aim was to increase organic matter in UK arable and horticultural soils by 20%, and within 20 years. However, UK soil is degrading, and more organic matter is needed, which would increase its quality and subsequent health. Once the soil becomes healthy it stores water better, which would not only reduce the risk of floods but also help prevent drought.

And healthy soil also protects underground water supplies by neutralising and filtering out potential pollutants. Another benefit of a healthy soil is that erosion would also be reduced, preventing sediments and nutrients being washed into rivers. Finally, healthy soils also hold more carbon, and the IPCC[xii] claims that 89% of all agricultural emissions could be mitigated by merely improving soil carbon levels.

So, how can organic matter be increased in the soil? Well, by increasing the amount of plant and animal matter; by encouraging soil organisms such as earthworms that build up the soil; by ensuring that bare soil is continuously covered with plant cover; by adding trees and by crop rotation. All of these processes play a vital part, yet none of these are new to man. (In fact, it seems strange that a campaign is needed!) 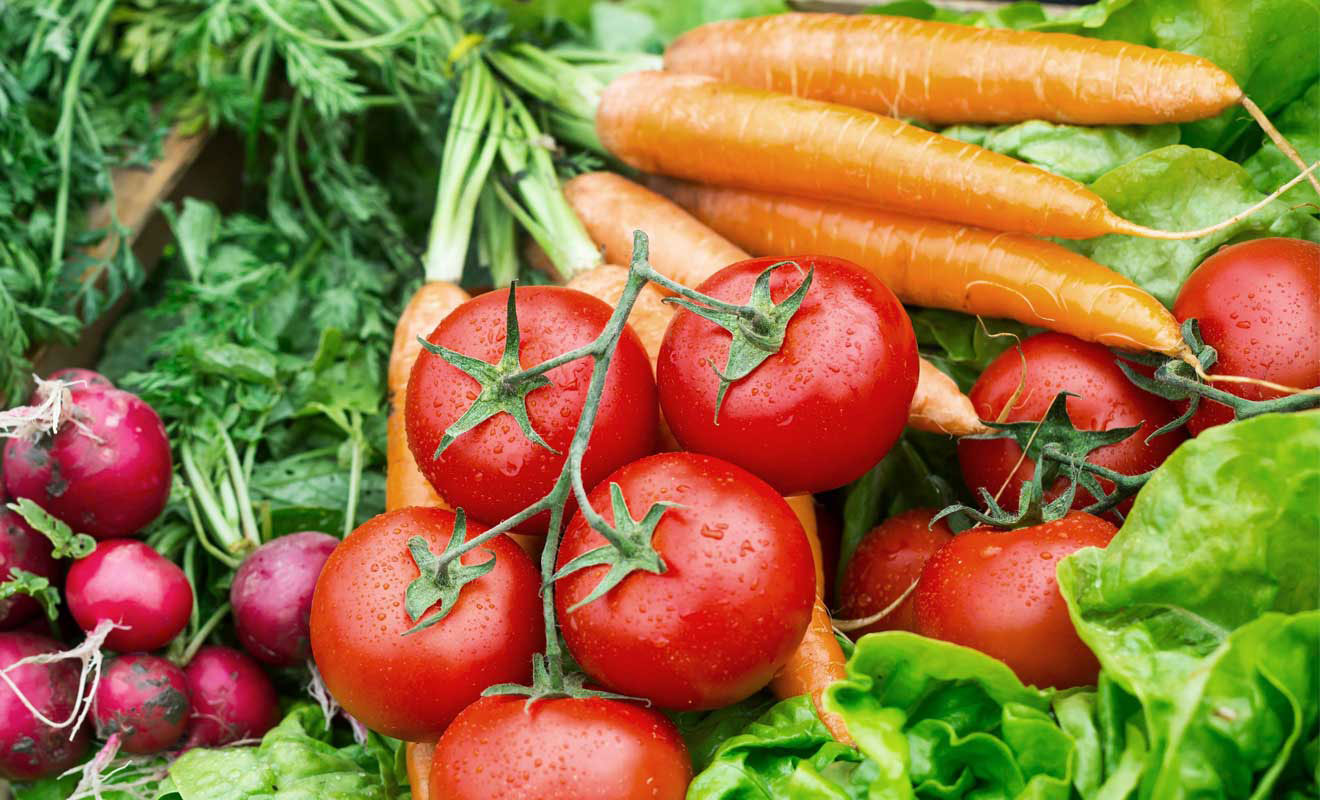 We are guardians of this planet, and by taking care of the soil, we are honouring the God who created it and told us to tend it. But by being good stewards of the soil, we are also loving ourselves and our fellow man who need to eat its produce, both now, and in the future.

And what of the future?

Just recently, a fruit and vegetable shop owner told me of a farmer friend who had sold his arable land for a planned housing development, to solve his financial problems. (Can you blame him?) He also let me know of a threat which has arisen to the future of his own shop, which sells unsprayed vegetables. He’d heard that a low-cost supermarket might be moving into the high street, which would have an adverse effect on his business. Of course, for many, it’s easier to go to these stores as it’s more convenient. And for those on a tight budget, it’s much cheaper, too.

However, the organic farmers who practise the ways promoted by the Soil Association’s soil campaign are the ones who suffer most from these large supermarket chains. So keeping these organic farmers in business is vital. OK, it does cost us a little more, but without healthy soils, what are we going to eat in the future?

We are guardians of this planet, and by taking care of the soil, we are honouring the God who created it and told us to tend it. But by being good stewards of the soil, we are also loving ourselves and our fellow man who need to eat its produce, both now, and in the future.

[viii] Genesis 2:7: ‘And the LORD God formed man of the dust of the ground, and breathed into his nostrils the breath of life; and man became a living soul.’