THE QUEST: WILL THE REAL JESUS PLEASE MAKE HIMSELF KNOWN?

‘Digging into Jerusalem’s past disturbs the present’, yells a headline from The Times on 24 July 2019. But what quest has provoked such a disturbance?

Take your pick, dear reader. Virtually any cultural, historical or religious news from Israel creates an equal amount of wonder and wailing. So, is the headline of a political nature; some entanglement with geo-political powers, hitherto unnoticed? Or maybe it’s cultural, a discovery that Israel’s artistic life is inevitably intertwined with its Arab neighbours? If not these, then surely it’s theological, as scholars enjoy a startling breakthrough regarding the origins of Israel’s faith. The truth is that this headline refers to all of the above – and none of them.

But this news story, like so many others from the Holy Land, serves as a metaphor for that nation’s relationship with the wider world.

The dig, referred to in the headline, is of the archaeological variety. An ancient road has been unearthed, running underneath the old city of Jerusalem. It is claimed that this road was constructed about 2,000 years ago, under the direction of the province’s Roman prefect. An official by the name of Pontius Pilate, well known to readers of the Gospels. And it has been suggested that Pilate, in a bid to placate an unruly populace, commissioned the road for the benefit of pilgrims visiting the city. The road began at Siloam’s Pool and directed travellers towards the temple.

This pool is famous for its associations with one of Jesus’ miracles. It was also a place of washing and cleansing as pilgrims made their way to the temple, Jerusalem’s crowning glory. It was not a long road, only about 600 metres in total and constructed of gigantic limestone blocks. Its lifespan was also very short as a result of the Roman destruction of the city and temple in AD70. For nearly two millennia, the road was squashed by rubble and other buildings until some tentative archaeological digs in the 19th century.

Whilst Christians and others might be thrilled at the prospect of visiting another site connected with Jesus, local residents see things differently. People living in the district of Silwan have complained that their properties are suffering damage due to the force of the excavation. And the Palestinian Authority suspect other motives are at work, arguing that this is part of an attempt to design a new temple on the site of the Al Aqsa Mosque. They regard it as an illegal dig conducted on Palestinian territory and part of a more general attempt to airbrush out Muslim culture in the area.

As I said, this one story serves as a word picture for the many tensions experienced in the Middle East. It’s a parable for the insensitivity and casual anti-Semitism shown by Christians over the ages. And in recent centuries, this provocation has taken the form of theological rather than archaeological enquiry. Christian theologians, particularly of the Protestant variety, have been busy trying to reconstruct Jesus in their own image.

The cutting edge of New Testament studies for hundreds of years has been the unearthing of the historical Jesus as found in the Gospels. And this long enterprise has taken the form of three very definite quests. Sounds harmless enough you might think, the sort of leisurely pursuit undertaken by people with too much time on their hands. But you’d be wrong. 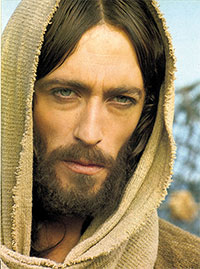 For the best part of two centuries, the first quest presented to the world a demythologised Christ, liberated from the superstitions of Old Testament religion. This first quest burst out of draughty northern European universities, showing Jesus as a sickly European. If this sounds ridiculous, take a moment to imagine Jesus’ face. He’s probably blonde, blue eyed, with a dreamy look in his eyes.

Or maybe you’re remembering the mystical Christ portrayed by Robert Powell in Franco Zeffirelli’s Jesus of Nazareth. These are the images of Jesus that have made their way from lecture theatres to cinemas and TV. Or look at this line from 19th century poet, Algernon Charles Swinburne, in his poem, Hymn to Proserpine:

‘Thou hast conquered, O pale Galilean; the world has grown grey from thy breath.’

Swinburne was no lover of Christianity and this poem anticipates his hope that it will decline, like other religions. But it’s his description of Jesus as ‘a pale Galilean’ that gives the game away. This messiah has more in common with the playing fields of Eton than the stable in Bethlehem.

When did this happen? When was Jesus the Jew airbrushed out of the story and replaced by a white Aryan? Those giants of the Reformation, Martin Luther and John Calvin, displayed little interest in his Jewishness, but the real damage came during the so-called First Quest in the 18th and 19th centuries. This period saw an explosion in biographies of Jesus (or Lives of Jesus as they were called).

These were often highly romanticised depictions of Palestine but with Jesus portrayed as a failed reformer. The miracles, including the resurrection, were fictions added by the later church, said writers like Reimarus and Ernest Renan. William Wrede, writing at the turn of the 20th century, argued that all that could be known about Jesus was that he was a Galilean teacher who said some remarkable things before being executed by the Romans. This first quest drove a coach and horses between the Jesus of history and the Christ of faith. And despite the millions of scholarly words expended, not much could be said with any certainty about him.

Then, in the 1980s a new quest emerged. Fifty New Testament scholars from North America, gathered to decide which parts of the Gospels were authentic and which were later additions. Known as the Jesus Seminar, this group met over several decades under the leadership of Robert W Funk. They voted on each saying, using a colour system to indicate the most and least genuine. Unlike the first quest, this new approach sought to place Jesus within the Judaism of his time, although the resurrection and miracles were regarded as inauthentic. Jesus was a provocative prophet who reached out to the poor and made enemies of the Jewish and Roman establishment. 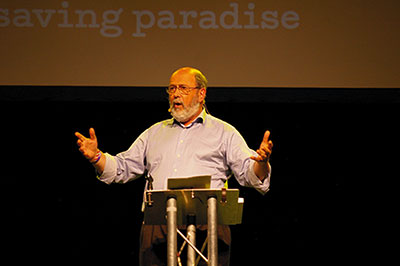 And then came Professor N T Wright and the third quest. This latest approach to dig under the topsoil of the Gospels has a very different basis. Instead of viewing the Jewish background to the New Testament with indifference or judgement, Wright and many others take it seriously. Jesus was a first century Jew whose teaching and actions were so subversive that they resulted in his execution.

The resurrection and miracles are not later additions, but an essential part of the story that should be open to historical and critical scrutiny. Nothing should be taken at face value and every writer (particularly the Gospel writers) has their own point of view, but the rich clay of Jesus’ Jewish identity needs to be savoured and understood.

In a different way to the archaeological unearthing of an old road in Jerusalem, this third quest is having a profound impact on academics and ordinary Christians. Amongst other things, it’s making us realise that so many of our notions about Jesus and the early church have been anti-Semitic and in need of correction. Or dare I say, repentance?