Featured
Home›Featured›WHO IS THE GREATEST?

WHO IS THE GREATEST?

We do a lot of talking about leadership in the Church. We quote Bible passages, like the one above. We celebrate Jesus calling us to servanthood as a form of leadership. We talk as though we’re different from the rest of humanity, as if our way of being leaders sets us apart from the rest of the world. The test of our leadership, though, is not in the way we talk about it, but in the impact it has on the lives of others. The difference between the way of the Church and the way of the secular world may well be an illusion if we’re the ones making the comparison.

As Robert Burns pointed out: ‘O, wad some Power the giftie gie us, To see oursels as ithers see us!’[1]

It would do us the power of good to be accompanied by those outside the Church on a genuine exploration of our leadership skills and styles, to examine where we are deluding ourselves about the influences affecting how we lead, and what our deepest, hidden (often to ourselves) motivations are. We are only human and we can forgive ourselves our inability to see a distinction between serving God and serving the institution of the Church, and assuming the two are the same thing. However, when this is drawn to our attention, then we must do something about it; we must change. Or to put it another, more religious way, we must repent.

Never has this been more true than now, when we have the findings of the IICSA process (Independent Inquiry into Child Sexual Abuse[2]). This process has found the Church of England (other churches have been investigated, too, but I’m going to focus on our part for the purposes of this article) behaved appallingly in the face of the evil of abuse, worked hard to cover it up, and moved offenders around the dioceses as part of this process. This is more than bad enough. It is an evil, sinful history. However, what I want to focus on here, is how more recent events are playing out: how Church leaders have handled people who have come forward with historic complaints.

Perception and reality
We really like to see ourselves as a caring, compassionate community that welcomes everyone and ministers to those who are in pain and need to experience love and healing. There are many stories that back up this vision we have of ourselves as Church, but it’s not the only truth. In both the written reports from the IICSA process and the testimony of those who have contributed to Letters to a Broken Church, survivors of assault and abuse by clergy have not found the Church to be caring and compassionate. Believing that the right thing to do was to trust their bishops, some survivors disclosed their historical experience of abuse to them, only to be met with rejection, obfuscation and denial. ‘When you care more about the Church than you care about the love of God then that is simply how you behave,’ explains Rosie Harper.[3]

As with every institution and community, the Church wants to protect itself; those of us who belong want to protect ourselves from anything that might damage both our Church and our own sense of belonging. But the Church is not just any institution: we claim to be the protectors of the message of the kingdom of God, the ones who will implement the teaching of Jesus, who will bring others to the place of redemption. This is what makes it a sin when Church leaders fail to hold up their hands with absolute honesty in this situation; to use biblical imagery, to rent their clothes, put on sackcloth and ashes and ask for forgiveness.

Dual masters?
We cannot have it both ways – we cannot claim to be the keepers of the Gospel and insist on behaving like any other institution, ‘covering our backsides’ and saving ourselves from financial payouts by teaming up with our insurance company (EIG) to make it as difficult and painful as possible for survivors to receive the financial support they need to rebuild their lives and acquire the best psychotherapeutic support. The Church Commissioners can lavish £23.5 million on a library at Lambeth Palace, yet the most vulnerable people who have been damaged by the church’s officers, and then further damaged by those who fail to support them when they disclose the information, are forced to make a claim through an insurance company that uses all the resources at its disposal to curb or even prevent any compensation. You cannot serve God and Mammon.

In this situation, the mistaking of the Church for God is a serious one. The thought processes that lead those in power to believe that cover ups, such as the much publicised behaviour of Archbishop Carey and others around him in relation to Bishop Peter Ball, is often about protecting the Church from scandal and therefore, in a profoundly muddled logic, protecting God from scandal. 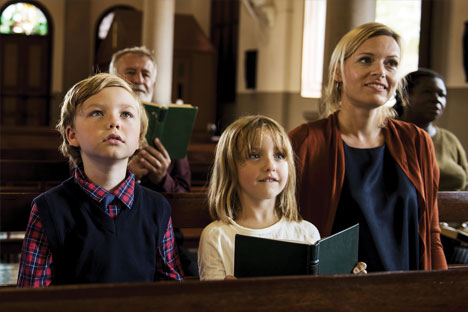 The irony here is the colossal damage done to both the Church and people’s faith in religion through the revelations that have emerged from the inquiry process. ‘Be sure your sins will find you out’ (Numbers 32:23). We have a much more profound image of the relationship God has with scandal in the life of Jesus, both in his teachings around hypocrisy in religious teachers, and in the scandalous manner of his own death. Somewhere along the line, the Church has lost its connection with the vulnerability of Jesus’ life and death. It has drawn a protective shell around itself and, as Andrew Graystone[4] says, ‘It appears that we’ve made vulnerability unacceptable in Christian leaders.’[5]

The association of victimhood with weakness that characterizes much of our modern politics, appears to have crept into our Church hierarchy, too. No matter how many times we might sing ‘Servant King’ or wash each other’s feet, unless this association is broken, it will be a hollow liturgy.

When I was a prison chaplain, two women came to confirmation. They were long-term offenders, drug addicts who had done just about anything they needed to in order to feed their habit. When they came to kneel before the bishop, they were weeping. As a Franciscan, he wore sandals on bare feet. I watched as their tears dropped onto his feet, and the Gospel story of the woman washing Jesus’ feet with her tears became real, in our time, in our space. The notion of dying to sin became more than words on a service sheet, the sense of being born again to new life, new possibilities was all real. In their vulnerability and brokenness they were able to reach out and bring the Kingdom of God into the chapel in a way I have rarely experienced.

The leaders of our Church, in contrast, have become risk averse. In shunning their own brokenness, they shun that of others and they implicitly instruct others to do the same. When dealing with those who have been broken by the Church, instead of asking ‘what is the safe thing to do?’ (safe for the institution, safe for themselves) they need to be asking ‘what is the right thing to do?’ Instead of putting the institution, its reputation and welfare at the centre of its dealings, they need to put the abuse survivors there: just as Jesus put that child in the centre and told his followers that they had to become like him if they wanted to get what life in God’s Kingdom was actually about.

Courage to speak out
In the midst of the dreadful spectacle afforded to those of us who watched Archbishops, Bishops and EIG officials being questioned by lawyers and found profoundly wanting, streamed live from the IICSA court, there was a shining moment to offer hope that I found on social media. A bishop[6] tweeted in response to a comment from a campaigner and survivor who had noted the absence of any significant or meaningful tweets by bishops to the report on Chichester Diocese:

‘I was not able to read the report on the day it was released but now have. I can’t speak with any authority of the Chichester report but, as a victim of Peter Ball who gave evidence, I think the criticisms of those who protected him are well deserved. A great stain on the church.’[7]

Below his comment was a stream of comments from church people, but not one from a fellow bishop. Perhaps his courage and integrity had left them speechless. Perhaps they offered their support in private.

The unwritten code in the Church not to rock the boat, means that we will never experience Jesus calming the storm until the storm we cause around us has become so great that it has almost destroyed us. In that single tweet, a bishop made himself vulnerable and showed himself to be incredibly strong, as survivors always are by nature of surviving.

A Church that insists on containing situations, limiting power and resources to the hands of the few, will prevent the people from growing and reaching their full potential. It infantilises them; keeps them children who are powerless to protect themselves or change the world around them. In his action of putting a child in the midst of his followers, Jesus challenged them to see the powerlessness, the vulnerability and not to look away but to stand in solidarity. A church that cannot take up this challenge from Jesus is not fit for the Kingdom.

In Mister God, this is Anna[8]’, the child Anna declares she’s not going to Sunday School anymore. When questioned by Fynn, she expresses her love of learning and in particular of the awe she feels at the difference in ‘size’ between God and humans.

‘Hey, hold on a tick. How come she makes the difference bigger and Mister God stays the same size?’

I nearly missed the answer; it was one of those real ‘give-away’ lines. Tossed off so quietly.

‘She just makes the people littler.’

About the author: Revd Eva McIntyre has been in ministry for over 30 years and has worked in parishes, broadcasting, prison chaplaincy and for Christian Aid. She is also an actor, playwright and author and coordinates ‘Mental Health Matters’ for the Church of England.

[4] Currently a Fellow of St John’s University, Durham, Andrew Graystone describes his core vocation as communication of the Gospel beyond the confines of the church structures.

[8] Mister God, this is Anna by Sydney Hopkins (Fynn)